To The Zoo! Plus: Photos of our New Animals!

I had a crappy week at work, so my husband took me to the zoo yesterday! We bought a year-long combo membership to two local zoos. So we can go as many times as we like this year :) I know there is quite a bit of controversy surrounding zoos, but the two zoos in our area are very good. One of the zoos (Northwest Trek) contains local animals only. I love going on the tram and watching the moose and elk! All of their animals are in excellent, realistic habitats.

But yesterday, we visited Point Defiance Zoo. Here are some of my favorite pictures. 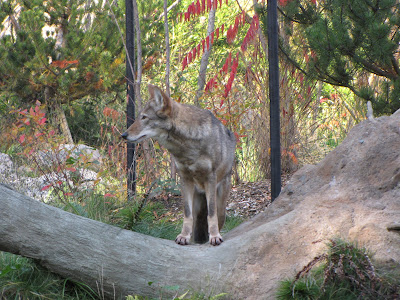 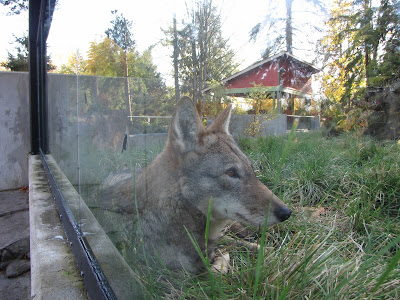 This is a red wolf. He doesn't look like much (I listened to numerous tourists complain that he looked "just like a big dog") but believe me, he is really cool. Red Wolves would be extinct if not for the breeding program at Point Defiance Zoo. They established the first captive breeding program for theses amazing animals. They were also the first zoo to successfully breed them. I told you this zoo was awesome :)

This little guy was camera shy. He turned his head every time a camera came out! I think he doesn't like the flash, and he turns his head to avoid the light, even if the camera's flash isn't on (I think he may be smart enough to recognize what a camera looks like). 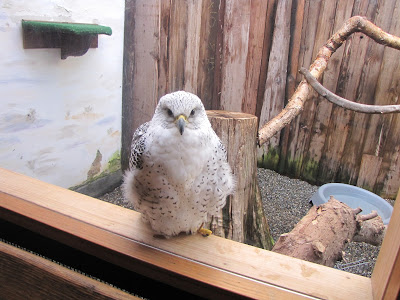 And here are the photos of our newest additions. Both were "rescues".

Posted by DisturbedKitty at 12:55 PM 2 comments:

So my mother-in-law's co-worker wanted to get rid of their female russian tortoise. We gladly accepted their offer to adopt her...about a month ago. We made arrangements to pick her up. Then they lost her. The owner fell asleep while the tortoise was wandering their home, and they couldn't find their russian for a week. When they finally did find her, it took awhile for us to make new arrangements to go get her.

We brought her home last night. I will post pictures of her later (including pictures of our "new" corn snake, Merlin). But in the meantime, we need a name for her. Any ideas?

I really hate to make depressing posts, so I started with the good. Unfortunately, in addition to our "new addition", we lost a dear furry friend last week. Millie Mouse passed away. She was over a year old. Her parents and great grandparents only lived for about a year (remember, I worked in the facility that bred her), so I wasn't surprised by her passing. I loved her as much as I could love a mouse. She was a great pet, and she will be dearly missed. RIP Millie.

Posted by DisturbedKitty at 12:01 PM No comments:

DisturbedKitty
I own a cat, a dog, and many reptiles.I am a dog trainer. I love animals (obviously), Disney World and good food (mmm...sushi). I am a fan of many television and book series, including Game of Thrones (the books and the show) and anything written by Joss Whedon.